You Need To Know, Selective Sterilization of Indian Females is No Bias

For years, Feminists have propagated (rather successfully) that women are oppressed because ‘men’ have ‘burdened’ them with the responsibility of giving birth to more children. It has become a quintessential part of feminism to show this as oppressive patriarchy and confining women within four walls of their homes and not letting them free and take part in economic activities and be independent. However, the reality as revealed in the Indian govt. data is completely the opposite.

When it comes to family planning, feminists try to portray men as more responsible for population increase. The arguments against men have always been that men are averse to using contraceptive methods and hence it’s always women who are at the receiving end. Feminists say it’s against women’s reproductive rights to force women to use any contraceptive method. This, in particular, is evident in the percentage of women who are sterilized.

When we look at the Indian govt data gathered from the NFHS-4 survey shows that it’s indeed the Indian males who want more children (even if that is only a slightly higher percentage compared to women).

Feminist argument that men do not need to bear children and undergo ‘extreme pain’ of pregnancy for 9 months, and so they want more children, is in fact supported by the NFHS-4 survey as well –

So, if you only see data up to this level you may think that feminist claim is right.

More % Men Do Not Want Additional Children, Too

Even though from the above graph you find that a slightly higher percentage of males wanted additional children, that completely outweighs the reality when we see the data for males and females who ‘Do Not Want Additional Children’.

National Family Health Survey (NFHS) data 2015-16 shows that when it comes to clear preference of not having more children, a significant percentage of men do not want additional children –

Now let’s look at this data in greater details w.r.t. the number of living children a couple has.

The numbers drastically change when the number of living children is 2 or more. The desire for more children decreases both for males and females. For women with 2 children, only 9.8% wanted another and 12% men wanted another. But for those who didn’t want any more child, the proportion of males were clearly more too. About 77.6% of male respondents said they didn’t want any more child compared to only 36% women. Others were undecided, sterilized or declared infecund (for women, not able to bear children).

Even with 6+ living children, only 59% of women respondents said they didn’t want any more child compared to 87% men.

So, we see a clear trend that when it comes to clearly stay away from reproducing more children men willingly stay away. Women (even those having 6+ living children) do not want to stop reproducing. This is surprisingly true when we see more women are in fact sterilized compared to men.

In this aspect, it is pertinent to mention that in recently drafted National Policy For Women. one item was to selectively sterilize men instead of women. However, as we see from the data of persons who did not want more children, we find that men by choice do not want more children and so they actually don’t need sterilization for family planning.

Women, on the other hand, do not want to stop even when they have 6+ living children. So, selective sterilization of women makes more sense. Now you know how feminists have over the years propagated a wrong message that men burden women with reproduction. The reality, as revealed by govt data is just the opposite. More females than males are interested to reproduce.

The graph below shows the overall percentage of respondents who either are ‘not’ interested in more children or who are already sterilized.

The graph clearly shows why it is important selectively sterilize females to reach equality in the reproductive ‘rights’ of both genders.

There is another major problem when considering women’s rights with respect to sterilization. Isn’t sterilization of a woman against her will is subversion of her rights? In these cases, aren’t we trying to suppress her desire to reproduce more?

Another argument is that why sterilize anybody? Why not use other methods of birth control. This becomes especially significant when we see that approximately 36% of all modern birth control measures used is sterilization of women. We will understand this when we see what the modern contraceptive methods India is using currently –

While it is important to know that overall about 46.5% of India do not use any contraceptive method. The contraceptive pill making companies may see a huge market out there (can’t rule out another Padman (see how Padman fooled you – here) style movie on this) but the modern contraceptive methods used by Indian women look like this –

It is pertinent to know that about 2.2% of rural women and about 2.4% of urban women use ‘withdrawal’ method for population control. 3.5% of women are using a method called ‘Rhythm’ for birth-control. In this method, they abstain from sex on some fertile days of their menstrual cycle.

Why Sterilization and Not Anything Else

Now the question is why sterilization at all? Why not using some other contraceptive methods like using condoms? Here we need to understand that India is a poor country. No method that is not cost effective and sustaining will succeed in India. If some people are still practicing methods like rhythm and withdrawal, that itself shows how much self-control these people are showing. Sterilization as a method is the most cost-effective method that can sustain for the long term it is the best choice for Indian couples.

Here, we also need to consider the life risks of an infant and the mother when a child is born out of an older mother. So, it is safe for both the child and the mother (and also for the country) to stop one’s reproduction when one has a sufficient number of living children. Since women are clearly more desirous of having children as the NSS data reveals, it makes more sense to sterilize them for their better health. Selective sterilization of males, in this case, would mean, punishing men for a problem (population explosion) that they are not responsible for. The National Policy for Women fails in this aspect to address the problem fairly. We can’t blame patriarchy or male domination to the decision leading to selective female sterilization which is mostly for women’s own benefit and for the benefit of their offspring. 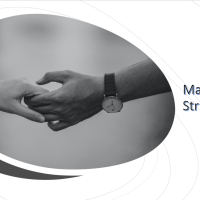