This series run in parallel with research on Vedic Indian form of social justice will help you understand the two forms of societies and draw an easy comparison.

All articles on Modern Feminism can be found – here

All articles on Vedic India can be found – here]

A widely discussed feminist thesis titled ‘Gender Justice’ by Anca Gheaus, of Department of Philosophy, the University of Rotterdam published by Journal of Ethics and Social Philosophy, Vol 6, No1 and is widely used by feminist gender justice warriors in universities will be a good basis to start with. 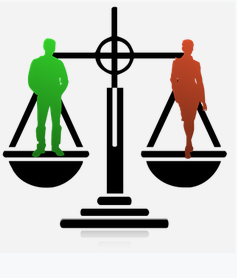 The paper explains a ‘gender just’ world as the one where ‘a gender-neutral lifestyle would be the least costly option for both women and men’. So, the theory as claimed here is based on principles of economy and economic well-being of individuals. Note, the basic premise of ‘Gender Justice’ as proposed by feminists, is individual well-being and not that of the society. As the theory also proposes, that any form of gendered lifestyle should be costlier compared to gender-neutral lifestyle. In simple terms, if we consider that in traditional societies women did the household work, and men did the work outside their homes, in a gender-neutral world the mixing of roles should give the best economic result to individuals.

Apart from including the financial cost, this principle also talks about

In this context, the feminist Gender Justice theory says that a “freely chosen gendered division of labor is unjust’ and all the above costs will be minimum in a gender-neutral world.

Now, let’s examine if this ‘gender justice’ principle can really bring individual economic well-being as it promises and the economic cost attached to a proposed gender-neutral lifestyle.

As we understand from the discussion above, feminists want the household work to be divided equally among men and women so that women can be liberated from household work, go out and work outside their homes for money. Not only that, this theory also brings in the need to value household work at a higher cost than it is currently perceived. Considering that, child-rearing responsibilities can’t be costed as these are the priceless duty of the parents, according to this theory now we also need to attach price tag for our mothers’ love and care. So, for feminists the human values of love and care need to be replaced by economic value, degrading the overall human society.

In terms of valuing other forms of household work (other than nurturing children or taking care of family members) at a premium, the direct impact of the same will be on the wages paid to domestic workers (most of whom are again women). If we leave out the electrical household items invented by men (and not by women, details here) to ease out the household works like cooking, washing clothes / utensils etc.; the household work which is not measured in terms of quality and where there is no evaluation done on a standard scale now needs to be valued at a premium.

This simply defies all logic because there are many single men living in cities, working in high positions in MNCs and also taking care of all these household responsibilities without the help of any domestic maid. This household work which may typically take 2-3 hours every day on an average for a small family, is now compared with the work done in highly competitive and standardized labor market. The direct result can be seen from US society, where such work is so highly costly that many couples end up doing these on their own. Now, if we think that is a boon, considering the huge population of India it is only likely to create more unemployment problem rather than solving anything. This unemployment will mostly hit women as they form the majority of domestic workers today. So, it is clear that this feminist theory of Gender Justice will surely not be able to bring any economic justice to women.

This approach will also certainly not be able to reduce social and psychological costs not only to the women but also to the children (I am leaving out men as feminists are supposed to bring justice to women first) who need mother’s love and affection. If today many mothers can think of killing their own children as their right under modern feminism (because of postpartum syndrome or otherwise), this theory of justice failed to provide enough psychological help to the women.

Women are entrusted with the responsibility of giving childbirth and their psychology is modified accordingly as their genes are differentially expressed (more here).  Today, feminism is trying to assign more responsibilities to women outside their homes and child rearing (or to completely ignore them) which was always considered as a sacred duty of mothers. This is the same reason why traditional societies like Vedic India, didn’t want to burden women with more than the duty entrusted to them by mother nature i.e. giving birth to and rearing children. This was definitely not for upholding men’s rights (more in Vedic India series). So, clearly, women can’t be better-off by ignoring their natural tendency because their physiology and psychology is modified by nature accordingly. We already see that more women suffer from depression compared to men.

Apart from not being in favor of women’s economic and psychological well-being, this feminist theory of justice is also not beneficial for reducing the social cost for women. Today, criminals like Zaira Wasim or Rohtak Sisters who are mere attention seekers, are given more value than the women who are hard-working. Zaira Wasim, who merely acted in a movie and impersonated an achiever (the Phogat sister), getting celebrity status is a clear indication that feminists have failed to uphold social values of women except for some attention seeking degraded women or some others good at showing their skin (e.g. movie stars).

In terms of social relationships, feminists have created enough hatred in our families that mothers are not only abusing their children today (other than trying to discipline them) but are also killing them as the burden. This reduced care of children in the name of women empowerment has led to children ignoring their mothers as well, which was unthinkable until a few years ago.

So, as we understand so far, this feminist theory of gender justice has failed to bring justice to women (forget about bringing justice to men or children) in all forms as it promised. This is nothing but cheating everyone and specifical women to pushing them into a miserable life. Apart from this misery of women, this form of gender justice brings a serious form of injustice to children who need mothers’ love and affection, without which we will have a rotten and highly degraded society like many of the western countries and individual rights do not really matter here. 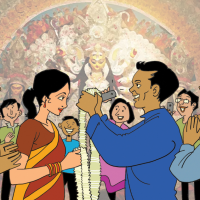 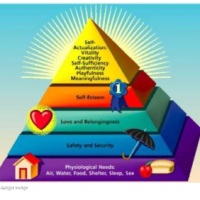