If you are outraged to see the institutional bias created by the govt. against Indian males under The National Policy for Women, 2016, hold on to your horses. Chances are very soon you will be barred from venting your anger on women empowerment in public or in social media. In an effort to ensure that these policies created in the name of gender equality are implemented successfully and the vote bank politics in the name of women empowerment continues, the WCD ministry plans to monitor the media and the male behavior closely.

In part VI of the Women’s Policy, the ministry proposes to create a mechanism that will not only give overwhelming benefits to women depriving men but also proposes to monitor media and male bahaviour towards these policies.

If selective sterilization of males, depriving male patients of cancer, HIV/AIDS for priority attention, creating discrimination in differently able people or depriving young boys of education and long-term quality skill development was not enough; the National Policy for Women, 2016 also proposes to monitor media and make boys and men advocate women rights thus creating a situation where men’s issues are completely ignored and men are forced to endorse the women policy.

In the list of legal benefits to women WCD ministry in addition to including provision to consolidate all forms of discriminatory legal aids to women, also proposed to ‘sensitize’ police, lawyers, judges, judiciary schools with gender sensitivity of crimes. Thus in this attempt to create gender for each crime, the ministry is set to create more bias in the judicial system that will deny justice to men completely.

The women’s policy openly proposes that more women will be included in media and a ‘gender-sensitive’ language will be promoted. Social media will be monitored too to make sure that women in India are not represented in demeaning or stereotypical manner. This agenda to feminize the media will eventually lead to criminals reported as brave hearts. We have already seen instances of Rohtak Sisters or Jasleen Kaur using the social media for instant fame and were called brave hearts. Now with this policy for women, we can expect more such news where criminals are not only made heroes but are also given awards like Rohtak Sisters had received from the state women’s commission.

On the other hand, this approach in National Women’s Policy of achieving gender equality by reducing a number of males from media and encouraging private media houses to employ more females in the job will ensure that pain suffered by males remain unheard of by everyone.

The women’s policy also talks about making low-cost homes for women and giving them priority in all property registrations with tax benefits but it does not take away their right in husband’s property or house. So, in one hand while this policy creates an undue bias against Indian males to own property, it also creates the backbone for taking away their acquired property and uses the tax paid by them to create more low-cost housing for women. The burden of this obviously come to the taxpayers, the majority of whom are males.

Not only this, the WCD ministry has also proposed to provide more benefits to women NGOs through capacity building and training and ensure the services provided to women are standardized and measured. So now these private NGOs to benefit more from taxpayers’ money. It can be easily understood that such facilities will give rise to fake women NGOs who would continue to exploit the system for their personal gains. 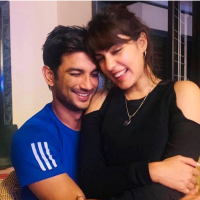