Dowry And Alimony – Two Sides of The Same Coin

When Reshma came to Chennai after her marriage, the first thing her colleagues asked her was how much dowry or how many KGs of Gold did her parents give her IIT pass out groom. Those Tamil girls were shocked to see that no dowry was given in her marriage which was not a love marriage. On the other hand, Reshma was about to have a heart attack as most people in her state West Bengal can’t think of giving KGs of gold in dowry. They have never seen or measured gold in KGs.

In India giving dowry is an open secret that everyone knows, follows and also boasts of. It is more followed by the girls’ side to show their status in society rather than anything else. They want to buy the boy’s family with the bait.

In 1961 the Dowry Prohibition ACT which clearly makes giving and taking dowry as an offense. But this act never banned receiving dowry entirely. In Clause 6 of the same act, it says – ‘Dowry to be for the benefit of the wife or heirs’. This means dowry given to the woman is acceptable. So if a man is paying dowry to his wife for marriage or if her parents are giving her some money/property that is legal. Hence, this kind of property is termed as ‘Dowry’ or ‘Stridhan’ as per the wish of the wife alone.

In 1984, because of continuous unrest from women’s groups that projected a grim picture of Indian marriages, Indian Govt. introduced another section – IPC 498a. Even though this section didn’t talk about dowry specifically, it spoke about harassment to wife in general and had a criminal procedure for the same. Men and their families were sent to jail even on a mere allegation of wife and the burden of proof was on the men’s side. That was the time when feminist movement started taking shape in India and nobody dared to think about these cases being false.

Over the years girls’ families have seen great powers of this law in destroying men’s families and as the recording of such complaint was made easy for women, every other woman started filing 498a even without any provocation. Many innocent families were ruined. Many men, women and elderly people have committed suicides before some of the victims have started grouping up men against the blatant misuse. Supreme Court has also noticed the misuse and given direction to the govt. in 2010 to amend the criminal proceedings but the govt. could not take any steps so far.

On the other hand, whenever a marriage breaks the wife files for one or more maintenance cases against the husband. They have at least six different sections to file maintenance case and it has been a norm for the courts to either grant woman maintenance or to give her permanent alimony simply on registering a case even in the form of interim maintenance.

Alimony, which is again monetary transaction with money flowing from the husband to the wife on divorce, is made legal and many women’s rights groups started claiming alimony as their right (as if becoming parasite is a right). We wonder whether these women’s groups are really favoring women’s empowerment or they want women enslavement.

Over the years, men are again victimized by the new alimony laws that have provision to send a man to jail for not paying maintenance. Men are asked to ‘Beg, Borrow, Steal’ to pay maintenance to their wife whereas in those rarest of rare cases where the wife pay maintenance to a man, gets the amount reduced on showing reduced income.

If we look at these two sides closely, we will find that both are money flowing from one party in the marriage to another. Dowry is given in happier times (well marriage is supposed to be happy for the couple) and alimony is paid on divorce, for a nonexistent partner. Dowry is generally shunned as a crime and hence prohibited legally but everyone still boasts of giving it to show their status until the marriage turns sour.

Alimony, on the other hand, is taken (mostly) by the wife as a necessity for her survival. Dowry which is given once for the couple to start a new life (as the new life is supposed to have a lot of expenses) and mainly to the girl as her share in her father’s property, is shunned and it is expected that the man should carry all expenses on his own. Alimony, on the other hand, is given to a departing wife irrespective of her contribution to the marriage and family. In many cases, we have seen different high courts giving alimony even to the adulterous wife. In an era of equal rights, when men and women are supposed to be equal, a man is forced to maintain a woman with or without being with her.

If as a society we fail to recognize the similarity of the two sides and shun only one and promote the other that will be a great injustice to Indian men. When it is the man who is asked to bear all expenses of his family himself, he can not be made responsible for a wife even after divorce. If the questions of sustenance of a partner come, then maintenance need to be for a limited period (maximum two years) within which the partner needs to get a secured income source identified. If this does not happen this will only create a bunch of parasites who will just get married to a man for his money and marriages will soon become property transfer institution. 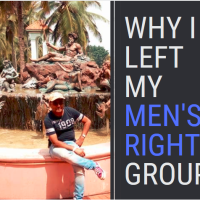 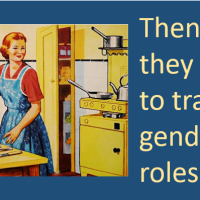