Today I will share my experience of association with UC News Platform and will explain why banning Chinese apps was very much needed and a step towards the right direction.

In 2016, UC News approached me to partner with them and provide them with men’s rights content and they will promote that on their app. By that time TMF was established as a men’s rights platform and many foreign institutions came to me for the association. Initially, I didn’t know about them (shame on me) but when came to know from others that they were big, associated with Alibaba etc, I decided to go in for the said alliance.

I felt it was a win-win for both sides. Men’s Rights will get free publicity and they will get some quality content. So, I didn’t bother to ask for money for my contribution. Anyway, my blog is free, so it didn’t really matter.

Initially, the first 10-12 articles were automatically published without any problem. But after some time, they started blocking my articles demanding edits. The edits they asked were funny. My voice or rather the Men’s Rights voice would not have properly represented with those edits. In some cases, they mentioned that my articles contained unacceptable words. I didn’t know how those words were unacceptable. In one or two cases when despite me changing the words, they didn’t accept my article, I raised it to their support manager. She came to me first with a request to join the platform.

When I have shown those articles to them and tried to reason with them, they didn’t listen to me. They wanted to tweak my articles.

So, I had to break that association with them after about 6 months. I told them that I work for a cause and I don’t change that cause for anyone.

Today, I came to know from an ABP News report that UC News was allowing articles against India but not against China. Probably, the reason they wanted to associate with TMF was that they thought since I am writing against the mainstream feminist society, I must be a hater of India and can be moulded to their pawn for free publicity.

What they didn’t understand was that I am the greatest nationalist they could probably find and unlike feminists, most MRAs are nation lovers. We protest against existing laws and policies, not because we hate our country, but because we want to change these and have a better society.

Now imagine, when Indians are continuously fed with only negative news items about India, how will Indian’s perspective about their own country change? Most Indians will start hating their own country and there will be internal unrest. That is what the UC News platform was trying to do.

It is shocking to note that how China had planned to attack our society through social media by turning our youth into India haters. Create a propaganda war against India by using Indians and create unrest in this country. Unless we specifically analyse these behaviours we will not understand the far-reaching implications. Good that government has taken this step to ban all of these Apps. 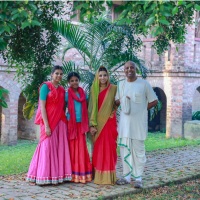