‘জ্যেষ্ঠপুত্র’ which also means the eldest son (if there are multiple sons) and ‘the elder son’ when there are only two; is a movie that reminds us of the responsibilities our big brothers had to take for ages.

Even though this movie will remind you of many things, the predominant thought I was left with after watching the movie was that the statutory warning of ‘Smoking Kills’ or ‘Cigarette Smoking is Injurious to Health’ while showing super successful men smoking on screen, really doesn’t send any positive message to the viewers to stop smoking. It reinforces the thought that for being successful like those on screen, one needs to start smoking at the drop of hat – like in front of elders, in front of pregnant women, in front of children, while in a car, etc. Luckily, the movie didn’t show the stars smoking while attending a memorial ceremony in a school.

Also, if Bengali movies need to give any message on smoking, that should be – “please don’t smoke in public places, kill yourself in your home.” This is because neither the Bengali people care about such warnings, nor do they follow. Despite being from Bengal and studying in a local residential engineering college famous for its Ganja and Charas Thek in hostels, I keep on amazing people for being a non-smoker and non-drinker and other Bengali smokers keep on amazing (or should I say disgusting?) me for being insensitive to other non-smokers around. Those who live in Bangalore and saw Bengalis visiting Bangalore for medical treatment will understand what I said. Well, smokers may still not observe this daily menace.

Apart from other messages that this movie Jyestho Putro (‘জ্যেষ্ঠপুত্র’) gave was this new Bengali culture of smoking. There was a time when even Bengali smokers used to respect their elders and would have never smoked in front of their elders (even elders who are not known), but movies like Jestho Putro (‘জ্যেষ্ঠপুত্র’) reconfirms that, the old habit of respecting elders is passe’ in Bengal. Jestho Putro (‘জ্যেষ্ঠপুত্র’) also confirms that the stars either in real life (Prosenjit Chatterjee) or in reel life (Indrajit Gangyopadhyay in the movie) do not care about this social menace. So, when I see even Class V students smoking bidi in front of their teachers, I don’t get surprised anymore. A new addition is Bengali girls smoking around. Later in their life when pregnancy complications arise due to mothers’ bad health it becomes either the husband’s responsibility or the tax-payers’ responsibility under different free schemes.

Thankfully, the movie’s Megastar Indrajit (Prosenjit) didn’t offer a smoke or a drink to his pregnant sister-in-law (wife of Ritwik Chakraborty who played as Indrajit’s brother in the movie).

Having cursed the smoker gang enough, let me tell you the positive things in the movie. In fact, barring the chain-smoking and drinking episodes I have liked the movie for its ‘other’ messages.

Indrajit Ganguly (played by Prosenjit Chattopadhyay) is a super-successful movie star of Tollywood (the Bengali film industry). He is so successful that while he hears of his father’s death in his desher bari (ancestral home in the village), he is flown to the place with his personal crew of body guards and servants who are in industry terminology called PAs. The chopper ride was given to him as an honor by the chief minister of the state (knowing Bengal’s present CM you know that is also very much possible, don’t weep as a taxpayer for choosing such people). Along with the chopper ride, Communist Indranil Gangyopadhyay’s elder son megastar Indrajit also gets 24X7 security cover by state police and also gets an honorary stay in a private palace in the village.

Superstar Indrajit here belonged to the so-called bourgeoise class who would have been hated by his communist father Indranil, but those in communist provinces know very well how communist leaders have always enjoyed the best in class facilities depriving the masses. Bengal’s longest-serving communist CM late Shri Jyoti Basu was infamous for sending his son Chandan Basu overseas for English education while (we learned English from class VI) and holidaying in state expense. Jyoti Basu himself had a great tour of Europe and America in the early ‘90s in the name of bringing investments in Bengal. His string of signing MOUs (he signed around 100 MOUs that time) with foreign companies and then youngsters like me hoping to get good jobs in Bengal turned out to a hoax in no time until Bengal reached a time when even selected SSC teachers are not given jobs.

Presently, when Bengal is in job crises and when the entire state is run by staging new drama every day, the movie Jyestho Putro (‘জ্যেষ্ঠপুত্র’) showed how dramebaazi (read acting) can be a great career move for youngsters besides the chop (or dhoper chop) shilpo. If you become a mega star other than getting free chopper rides, huge security arrangements etc, you may also get free MP tickets thanks to the political leadership chosen by the same Bengal tax payers. Then in your movies, you show heavy smoking and drinking so that even school students imitate you and become drunkards and remain in a permanent hallucination of being successful unless they are kicked by the system and forced to sit in a hunger strike for jobs.

It’s not that the movie Jyestho Putro (‘জ্যেষ্ঠপুত্র’) didn’t give any social message worth spreading. So, let me focus on that. Kaushik Ganguly (director of the movie) did try to give another social message which is related to patriarchal India’s oppressive joint family system (Hindu Undivided Family or HUF). Normally, in these families, everyone lives happily and the eldest son or Jestho Putro (‘জ্যেষ্ঠপুত্র’) becomes the head of the HUF after the death of the father. Communists and socialists wanted to break this culture of oppression of ‘others’ in the family and the Jyestho Putro (‘জ্যেষ্ঠপুত্র’) lost his glory of becoming the head of the family with the introduction of ‘equal rights’.

But Jyestho Putro (‘জ্যেষ্ঠপুত্র’) was not only about rights, but it was also of tremendous responsibility as well. Responsibility towards all members of the family, the responsibility of making sure all daughters of the family are married off in good families, all brothers are taken care of and the entire family’s income and well-being grow. The Jyestho Putro (‘জ্যেষ্ঠপুত্র’) is also given the ‘right’ of performing all religious rituals for the family. Like, it is the Eldest Son who is responsible for performing the last rites of the parents. Even though other sons may also perform the same, but Hindu customs prevented the daughters from performing the same (even though now it’s being done).

So, you see the Elder Son is not just a sequence in taking birth but the tag Jyestho Putro (‘জ্যেষ্ঠপুত্র’) comes with a huge responsibility as well. It doesn’t matter where on earth the Jyestho Putro (‘জ্যেষ্ঠপুত্র’)  lives, he is always bound to look after the well-being of all the family members. Before feminists broke this culture of valuing the elder son more than the others, the elder son of any family used to be responsible and caring enough. But as the sense of equality took precedence in people, their value has gone.

Also, before Bengal started its (in)famous Boudibaazi (known for a sexual/romantic relationship with one’s bhavi or wife of elder brother) the wives of the elder brothers used to be considered next to own mothers. Many such sisters-in-law (or bhavis) even raised very young brothers and sisters of their husbands. As the Jyestho Putro (‘জ্যেষ্ঠপুত্র’) lost his significance in Hindu families, their wives have also lost significance or value under the populist ‘egalitarianism’. Even though in the movie Jyestho Putro (‘জ্যেষ্ঠপুত্র’) megastar Indrajit was not married, but he had his love in the village – Sudeshna, who was also respected as an elder sister in the Gangopadhyay family.

But Superstar Indrajit Gangopadhyay didn’t take care of these responsibilities as he was a megastar, he didn’t have that time to invest. He couldn’t even manage to come to his ancestral home for a decade. His younger brother Partho (Ritwick) played that role. Partho took care of their family, managed the family house, took care of a mentally ill sister Ilaa, took care of his father. So, despite Indrajit being a superstar elder son of the family, could he become the Jyestho Putro (‘জ্যেষ্ঠপুত্র’)? What are the ramifications of the situation?

When Indrajit visits his father’s last rites with his army of followers and when all the villagers and family members flock to him for a glimpse of the star or for taking selfie, that irritates Partho. This situation was uncalled for in a shradh (last rites) ceremony. The main ceremony becomes irrelevant. At this point who would become a true Jyestho Putro (‘জ্যেষ্ঠপুত্র’) and how is worth watching.

The movie teaches us another good lesson in life. It is that the Megastars or famous personalities tolerate a lot of abuses without any protest to go to the top and remain there. If one reacts to everything and wants to become a reformist all the time, one can’t go to the top.

In terms of acting, there is no need to mention the acting brilliance of the star cast. Prosenjit Chattopadhyay looked very natural in his role of the megastar. Ritwick was superb with his casual approach that fits well with his character of a theater artist (but not dramebaaz) who might be inspired by communist ideology.

But I would like to mention two women characters in the movie that especially attracts the audience.   Gargee Roychowdhury acted as Indrajit’s early-life crush Sudeshna attracts the audience for her stoic, calm and elegant screen presence. Perfect as a respected head-mistress of local school and also someone who can be depended on for life. Daminee Benny Basu played another ‘childhood-lover’ of Indrajit who still falls for his grace was best with funny comments. Sometimes, she comes out as a sexy woman who can be a fling for a short time.

If I had to write this review in Bengali, however, it would have changed a bit. It will be something like this – 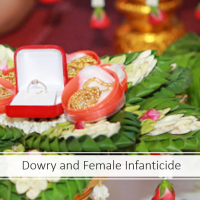 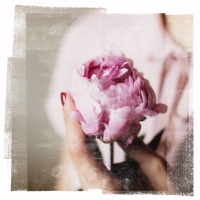