You Will See Emerging Lies In Biased 2017 TOI Sex Survey

A new Times of India Sex Survey, 2017 will soon create a bunch of lies in the name of realities in your bedroom and in offices. Because the TOI surveyors have pre-decided on criminals and victims in certain areas and now they just need to assign some percentages to these perceived crimes.

For example, TOI has already decided that men and only men want sexual favors from women and force sex on women, either their wives, relatives or strangers.

They have also decided before the survey that women imagine other men in bed, and only they may have a problem with orgasm.

So it is only a matter of time that you will see some news report on how many percentage men force their women colleagues for sex or rape their relatives, wives or girl-friends. You will also see what percentage of women are not satisfied with their husbands and imagine other men in bed. You will never see any man saying that even they were forced into sex by some women or their women bosses wanted sexual favors from them. There will be no husband who will come out in this survey and say that their wives have raped them – all because TOI researchers have already decided the criminals.

In their survey, Times of India researchers have created two sets of questions for men and women and when based on ones gender one select a set, we get these biased results. Given below are the questions that are exclusively asked to one gender and not the other and how TOI is all set to reconfirm these biases –

TOI Sex Survey Only For Men

TOI asked only their male respondents that if they wanted a sexual favor from any woman colleague. This question was not asked women, as if women don’t hire male employees or cannot ask for sexual favors. As a result of this, you will see only pervert male bosses in our companies.

This question makes only men as rapists. Only men can force sex on women, women can’t and TOI has already decided that. So when you see certain percentages of rapists coming out of this survey, don’t be surprised that ALL of them will be males.

Now, let’s take a look at the women’s questions that were not asked, men.

TOI Sex Survey Only For Women

TOI researchers have also decided that Indian men are not able to satisfy their wives, or at least there are some women (and only women) who can fantasize about another partner in bed. No matter what, men are supposed to be satisfied with their wives or sex life.

Naturally, according to TOI, only women have right to have an orgasm.

..and when men (and only men) can force other women into sex, they can be anyone including husband, relatives, boss etc. One more confirmation from women that men are rapists.

Since this question is only asked women, you will never know how many men are subjected to sexual violence from their women partners.

So, now you know that Times of India Sex Survey, 2017 will soon recreate some biases in our lives. No one will ever know how this survey was conducted to arrive at the results. Men will only be sexual predators in different forms. Don’t be surprised if this result is also used in courts to pass different legislation in future. 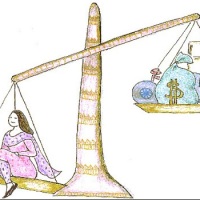