Call me sexist, bigot or whatever you want because what I am going to say today will not be liked by many of you. Until some time ago, I believed (rather strongly) that some women might have the acumen to work in tech and leadership roles, until James Damore, a Google Techie created a worldwide controversy over his memo. In his memo, he had politely brought some scientific facts that made us think about gender differences and sensitized us about making tech and leadership roles more open for women.

Damore, a Doctorate in Biology from Harvard University, is naturally a truth-seeking person and couldn’t just follow the mass in believing some unscientific diversity logic created by feminists. But after the memo went viral and the kind of bashing Damore had to go through from all over, only proved one point – women are not suitable for tech and leadership roles, at all. I will elaborate that here.

The controversial Google memo spoke about experiments done by independent researchers who didn’t have any connection with Damore. Those research were also established in the corresponding fields of study.

When any fact is established by science through independent, cross-cultural studies, there is little to no scope of refuting those, unless one disproves them with another equally strong set of experiments by independent and established researchers. But in this case, what feminists and equality warriors have done was rather shameful. They resorted to name calling, used all derogatory words against Damore who himself was a highly-qualified person. Feminists resorted to all emotional drama to show how ‘capable’ they were for tech and leadership roles. Those knee-jerk baseless reactions became the undeniable proof that “women, are in fact, not suitable for any tech and leadership roles”.

To illustrate this, first I will discuss technology roles. The role of a technical person in a company like Google (technology leader), expects strong aptitude, logical reasoning and innovation capabilities from that person. It is highly unlikely, that emotional outbursts (as shown by feminists in this) can achieve anything in scientific fields or in coding. This is strictly a ‘no-no’ in leadership roles as well. Leaders need to react very cautiously and rather unemotionally to create a just and unbiased environment for their followers/organizations. Like techies, leaders too need to be very objective and result oriented. However, in this case, all the qualities the protesters (most of whom were women) of the diversity memo have shown were qualities opposite to these. This posed a serious question about women’s eligibility to work in tech and leadership roles.

It was not that some women didn’t support Damore for his excellent work but the number was rather small. Majority women opposing Damore without even reading or understanding his memo or his message therein proved only one point – women aren’t suitable for roles that needed objectivity, forthrightness, vision, logical reasoning, scientific acumen, innovation etc. Tech and Leadership roles need all of that. Damore might have had some hopes in women, that they could do well if the conditions of these jobs were changed (as he suggested some unbiased ways to equality), women themselves proved by an overwhelming majority and in no uncertain terms, that they are not suitable for such jobs. Hope this message is loud and clear to Google and other corporates now. 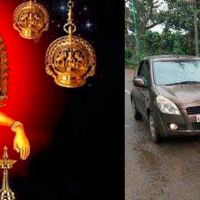