Comments, criticism, and protests are not new to us. We have always encouraged all kinds of criticism against my blog and articles and allowed all feminist comments. Because we knew when it comes to logic, feminists lack them so much that they wouldn’t win any argument. When it comes to trolling and online abuses no one other than MRAs knows how Indian women can be extremely abusive.

Maneka Gandhi showed that men are responsible for all online abuses and wanted to pass a law against men. On this blog, we have experienced many abusive women and still allowed their comments. In fact, we found that when it comes to online abuses, women are more violent compared to men.

From the very beginning, she was very aggressive but we have allowed her comments –

Her comments became extremely abusive on this article –

This is why dowry should be legal in Indian marriages

In turn, she openly threatened to bring down this blog –

She did not stop there, she continued her abuses to several of The Male Factor readers and we had to delete many of her comments as we wanted her to voluntarily stop her abuses.

But recently she has crossed all her limits – 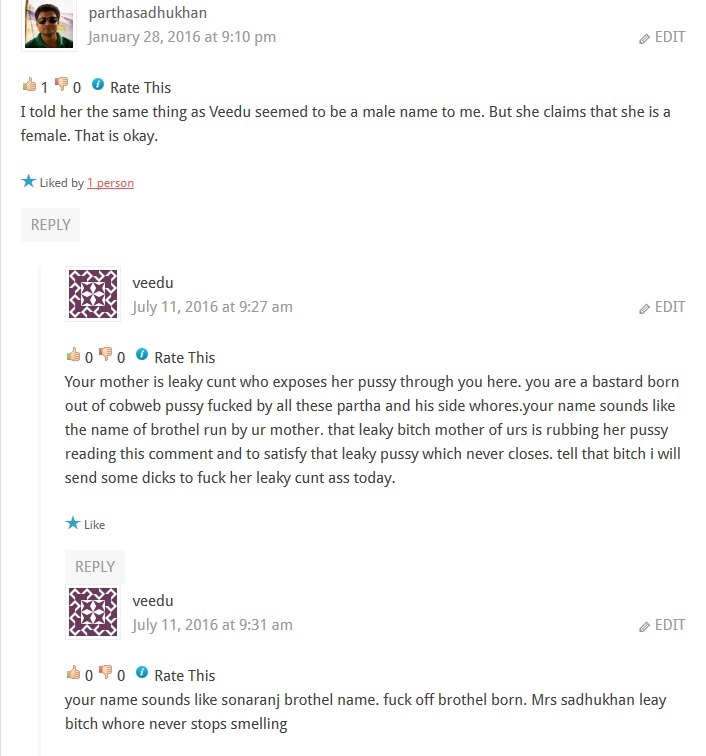 So, this time instead of deleting her comments and ignoring her threats we had to file a criminal complaint against the person using the ID.

This is to remind all our feminist readers again that criticism is welcome on this blog and comments are not moderated. However, you need to be ready for all consequences of your comments as well.