You might have seen Major Gen Gagandeep Bakshi crying on national television debate over national tricolor debate. The nation cried with him. To express solidarity with this nation’s feelings and to bring the voice of men who die for us without any second thought, we bring to you the feelings of a few men in uniform over the #JNURow. 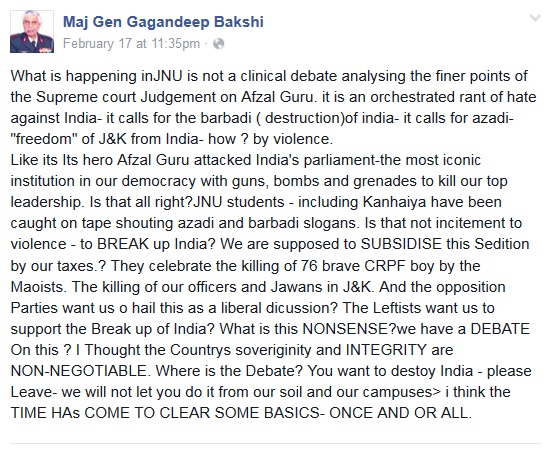 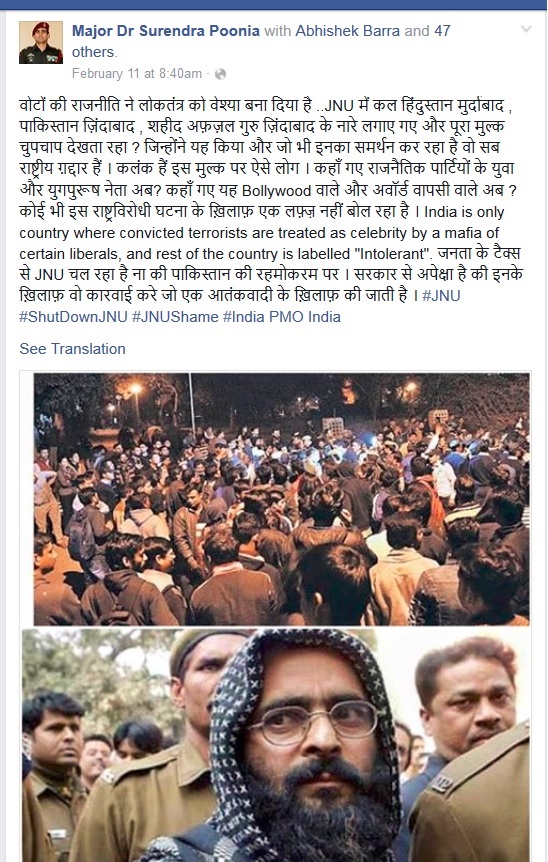 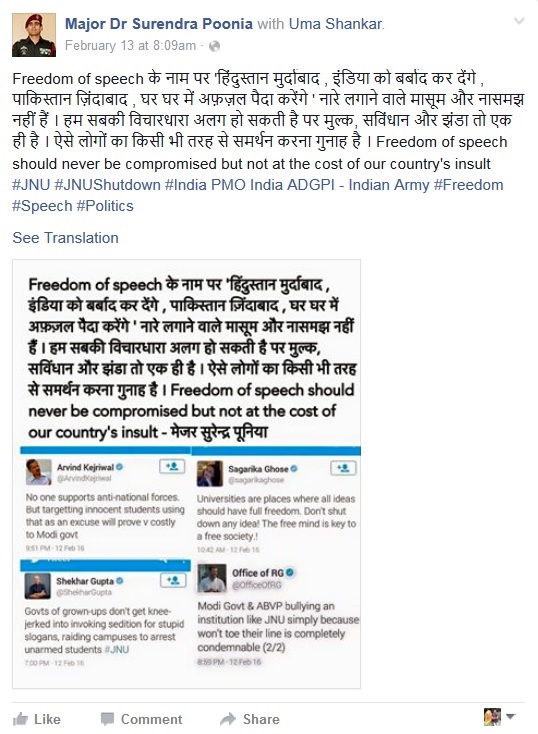 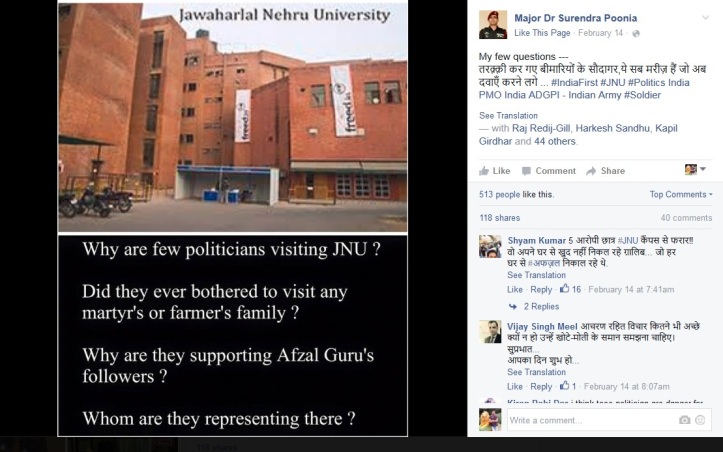 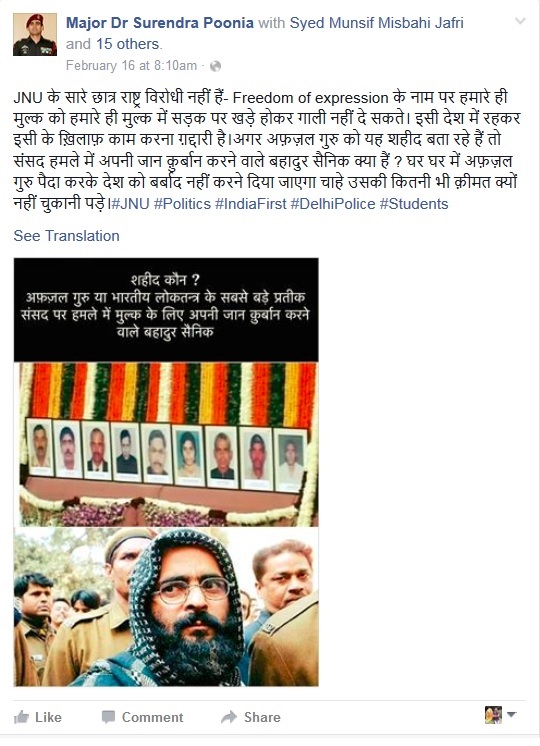 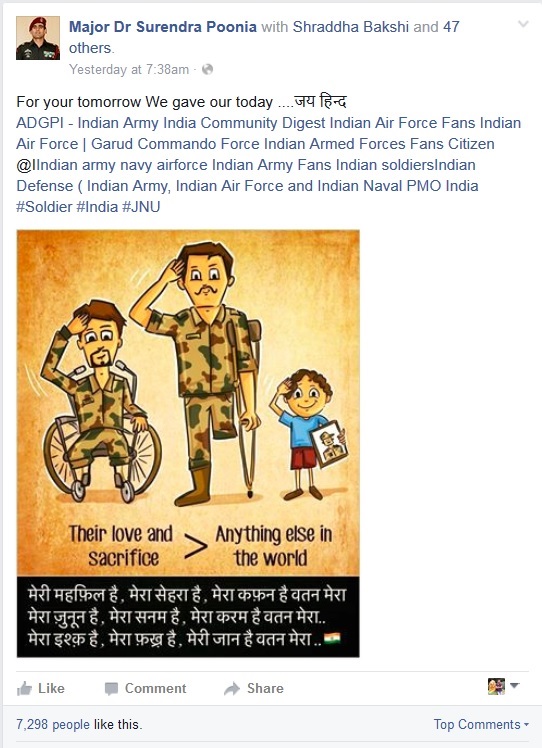 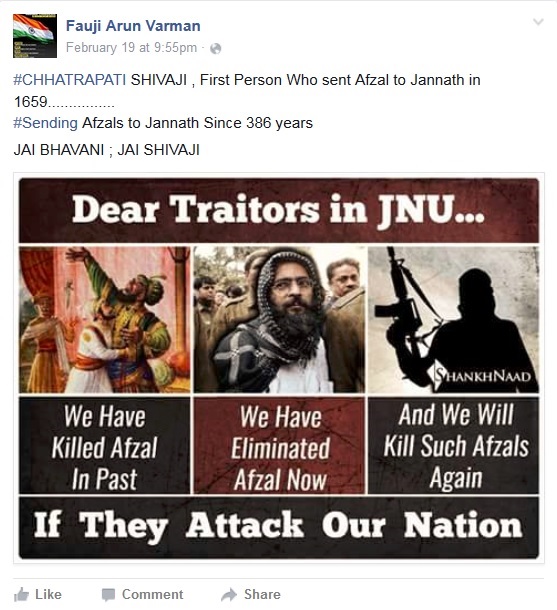 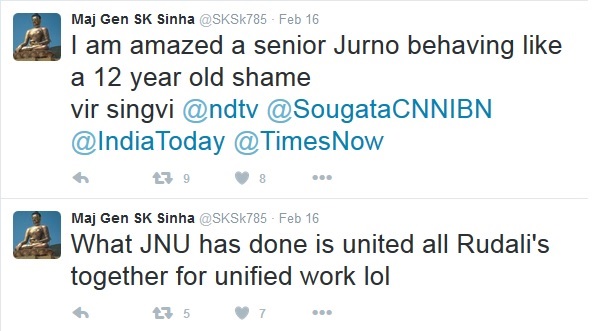 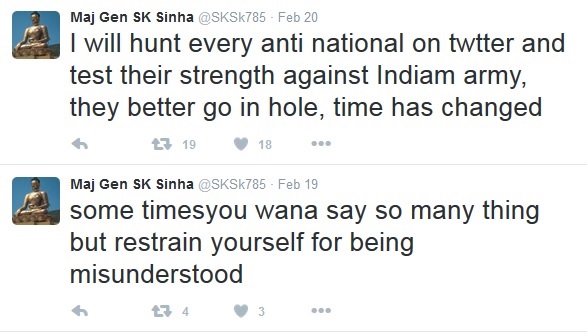 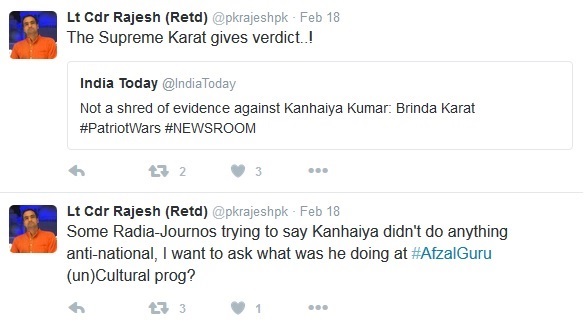 When these men are sacrificing their lives for us, see what we are giving them –

They don’t even get pension in time. Do we really care for the men who cares for us so much that they are ready to die for us?

Think! Show your respect to these valiant men in uniform who do not have any caste, creed, religion. They are only known as Indian.

Remember these women brigade for ever – they have expressed their hate for these benevolent men, this is Indian ISIS = Indian Sickular Intellectual Sisters – 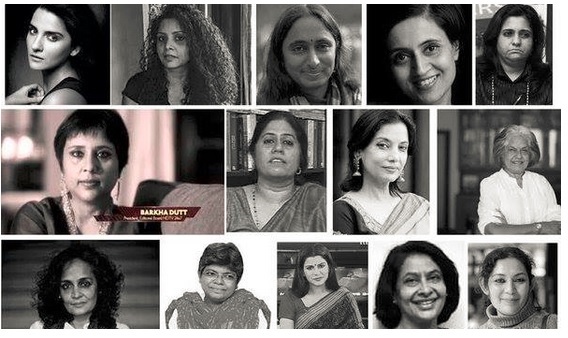 We express solidarity with Indian Armed Forces and warn the feminist brigade against carrying out anti national campaigns. 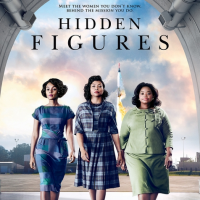