Cartier: What Does This Classic Favourite Have To Offer?

Cartier is a brand defined by functional elegance in all its pieces, be it jewellery or their watches. Every single product they design is made to perfection, with an eye for details unmatched by anyone else.

The fascination with Cartier is not a new phenomenon, and we’re going to explore why.

Société Cartier was founded in Paris in 1847 by Louis-François Cartier, an exceptionally skilled jeweller.

He was, in fact, one of the first people who managed to use platinum successfully in jewellery making. Due to his skill and expertise, Louis Cartier was one of the best-known jewellers of his time. So much so, that Cartier was referred to as “the jeweller of kings and the king of jewellers” by King Edward VII of England, and was made the official supplier to the King in 1904.

In the same year, Louis Cartier presented what he had been working on for a while- the first practical wristwatch.

Historically, men preferred pocket watches. The ‘Santos’ as Cartier’s first wristwatch was named after his good friend, who was an aviator, and had difficulty using a pocket watch during flights. This particular watch was distinctive with its flat surface and square bezel, and paved the way for further collections.

With the Santos, Cartier not only introduced the first practical wristwatch to the world, but also revolutionized the industry with the square dial. In an industry used to affixing the pocket-watch to a strap in an early version of the wristwatch, this was a significant development.

Most of the Cartier Watches  you would see on Ethos have slim dials and straps that make them unisex, and have an elegant minimalism that most modern mechanical watches do not have.

The first Santos became an icon in the industry and is one of the collections that survives to this day at Cartier.

This classic watch has the square dial with rounded corners that made it so famous. With the curved horned and exposed screws, it is easy to see why this watch is timeless.

This particular watch has a steel case and strap with a steel bezel with quartz movements. The indexes are roman numerals set on a matte silvered dial. The hands are blue-steel and sword-shaped, and is protected by a sapphire crystal cover.

Worn by Louis Cartier himself, this watch has been seen on Angelina Jolie’s wrist.

Like the Santos, the Tank is an iconic, easily recognizable timepiece that was introduced in 1917. The rectangular case is believed to have been inspired by the WWI military tanks, and hence the name.

In a nod to the ‘Art Deco’ movement of the time, the lugs, where the strap attaches to the dial, were rounded off.

This model has an 18ct gold case, and the crown is set with a cabochon-cut sapphire. The dial has sword shaped hands in blue steel and an alligator skin strap.

With how elegant the watch is, it’s a favourite of Angelina Jolie, who has taken on many professional roles- from actor and director to humanitarian. It has an undeniable presence, much like Jolie herself.

The Ballon Bleu is an elegant piece, named for hot air balloons in blue skies.

The whimsical elegance of these balloons combined with the innovation that they represented encapsulated in the round dial and blue sapphire cabochon crown. With the deep blue winding mechanism and blue steel hands, this watch represents a lifetime of adventure.

The dial is opaline, and set on a 42mm case made of 18ct pink gold, and covered with scratch-resistant sapphire crystal. It has a date window at the 3 o’clock position.

A 1906 design, the Baignoire is another one of Cartier’s watches that stands the test of time.

Made for women, the only real indication is the slim ellipsis of the dial, because every other feature of the watch is as genderless as its other pieces.

This particular model needs to be manually wound. It has a silver flinque dial, with blue-steel sword shaped hands and roman numeral indexes. It also has a sapphire case back, letting you view the workings of the watch. The strap is dark brown and made of alligator leather.

Cartier’s classic collections works of art, perennially in style, and with the kind of craftsmanship that lasts generations. When it comes to understated, no-nonsense elegance, Cartier’s watches are unsurpassed.

The Road Ahead – Cartier

With this long and distinguished history in watchmaking, Cartier as a brand is more than just a jeweller expanding its repertoire of accessories. It has, in fact, been actively involved in the history of the watch industry and pioneered several developments that have led to watches as we know them today.

It now is among the three best-selling Swiss watchmakers in the world and managed to acquire the Geneva Seal in 2007, by manufacturing its very own tourbillon calibre. From that year, Cartier has made great strides into the world of mechanical and high-tech watches, moving away from it’s traditional collections and designs.

We can only wait, and keep an eye out for when Cartier brings out the results of its genius. 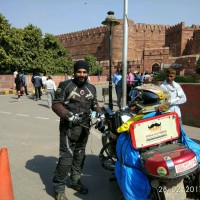