Books for self-development is not new in English literature. Many of us are proud owners of some of these books. These written by great philosophers help us understand the changing social perspective and help us to adapt to social changes. However, such effort is comparatively less in Indian literature.

Dr. Partha Chattopdhya who is a journalist, writer, and a marriage counselor brings his unique insights acquired through his lifelong research and counselling experience to understand men and their psychology in a new book titled “Purush” (পুরুষ). This is first of its kind work for men in Bengali literature.

According to him, human beings had always been the main focus of Dr. Chaterjee’s work. As a journalist, he had met many people in his career. After retiring, he started marriage counselling and that helped him understand human behavior better.

On the occasion of International Men’s Day on 19th November 2015, he has released this book as the third one in his man-woman trilogy. This book titled “Purush” (পুরুষ or Men) discusses different aspects of men, mainly Indian men. These include male psychology, male behavior, male physiology, sexuality and different issues faced by men. While discussing issues he had elaborately discussed legal issues faced by Indian men.

Even though this book was written keeping Indian men in focus, whenever needed he had also shown studies by international researchers or discussed the behavior of men from other countries. Since he had dealt with men in their social and family perspective, he had discussed culture and relationship dynamics in detail. This is an important aspect of the behavioral study of men that he had dealt with.

The book starts with the discussion of the factors that shape a male mind, the factors that control and shapes his future behavior. The author also discusses the relevant science behind the psychology of a man. He shows how our hormones and different social reinforcements create a man. In this aspect, he also discusses the anatomy of men and women and shows that our gender is not decided by our genitals alone, but it is a combination of our hormones and our mind, too.

His explanation that man and woman both carry the hormones of the other gender in different proportions and one’s upbringing creates a complete persona. Our gender is thus a fluid identity and is very complex. This confirms that our perception that the world is divided between the male and female gender is wrong. Hormones and our mental setup make us male or female to varying degree. That is why individuals carrying male genitals may be homo/hetero/bi/asexual. Also, the male characteristics of different individuals may vary based on the presence of varying degree of hormones.

The author had also discussed nuances of anthropology and the evolution of mankind to make his readers understand how the modern man had evolved over a period of time and how his mind and nature was shaped. In this aspect, he had also discussed the sexuality of both the genders openly and debunked many myths created by the feminists.

By discussing the gender role expectations he had shown that even women will not like their life partners the way feminists want to transform men. Since both genders carry hormones of the other gender both can nurture certain traits of the other gender and master them but he argues that the feminist way of changing men may go against nature.

He had discussed male sexuality and teenage/premarital and extramarital sex as well. Since he has huge counseling experience he could do that easily and with relevant examples. Like any other average writer, he didn’t blame men for every sex. Rather he had shown the need for women to be more responsible as he had observed that only women have the power to control all sexual activities. In this aspect, he had criticized filing rape case for consensual pre-marriage sex on the promise of marriage as well.

The main attraction of this book is its effort in understanding the sexuality of the two genders and discussing the factors that lead one to commit to extramarital affairs. He had shown with examples that even if one is not having sexual overdrive, one can commit to extramarital sex. In this aspect understanding, one’s sexual drive is very important. He had observed that seemingly innocent outlook of the person is not guaranteed of a woman not seeking sex outside marriage. Many times a woman herself does not know why she engages in extramarital relations.

However, the author had also shown that people with sexual overdrive may eventually fall prey to depression. His observation, sexual overdrive is caused by excessive hormone flow. This can occur in both the genders and certain kinds of genes are responsible for that. Men with sexual overdrive are termed as rapists while women nymphomaniacs are not punished. In this aspect, he had also discussed global rape statistics and criticized Indian political parties for making rape a political weapon. While discussing rape he had also criticized the media that create and sell sex in all forms and thus make people feel addicted to it. Pertinently enough he raised the question of fueling an overtly hyped sexual environment and polluting everyone’s mind. A perspective that even women need to take responsibility for rape will surely be the eyesore for feminists who are ready to walk naked too.

Regarding the controversy around women’s dress is the reason for rape, he had mentioned that not every illiterate man knows that dressing any manner they like is women’s right. In this aspect, probably he could also bring the points of India’s conservative social fabric and dress according to the occasion. Many girls, especially the feminists today lack that sense.

While discussing rape, the author had also discussed marital rape. A favorite topic for Indian feminists today. He had shown how women can control every marital relation if marital rape becomes another section. This would eventually term every man as a rapist. In this aspect, he had also described the possibility that a man with sexual overdrive may easily get a rape case from his frigid wife for no fault of his. He observed that even though women can also rape men, they will not be punished under marital rape section and demanded rape law to be gender neutral.

While discussing stress and depression in genders, the author observed that even women don’t know for sure why they are stressed. Those who are only homemakers and work in a low-stress environment, also get stressed. In many cases, such women blame their husbands for their stress. Husbands are compressed between expectations of their mother and their wife and many eventually commit suicide because men do not share their pain with anyone or they don’t want to in fear of being termed as weak.

The author discussed the challenges of nuclear families and old parents in families. He had correctly painted the status of old age parents in modern nuclear families and showed how old parents are considered burden by their younger generation. Widower aged men are very often considered outcast by their DILs because these men can’t help them in their day to day household work or raise children.

In the end, the author discussed the Indian family laws and support system for men. His mention of Men’s community centre by Confidare or Men’s rights initiatives by Hridaya will give men some hope for their future.

Clearly in this book the author had taken up men’s issues very elaborately and in a candid manner. He has shown how insensitive Indian media and political parties bringing doomsday for men. The examples shared in this book from his counseling experience tell the readers about the gloomy state of affairs for men in the country.

Being associated with men’s rights groups and doing counseling for educated men in matrimonial disputes I could understand the level of research and experience he has brought in this book, Purush (পুরুষ). This is a must-read book for all Indian men and women. This is a collectors’ item because this kind of well-researched book is very rare in any literature. I thank the author for writing this masterpiece and request him to get the book translated into English for a wider reach. The effort of Dey’s Publishing in bringing this out is highly commendable. 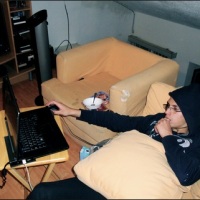