Why Indian Men Do Not Deserve Any Better Treatment 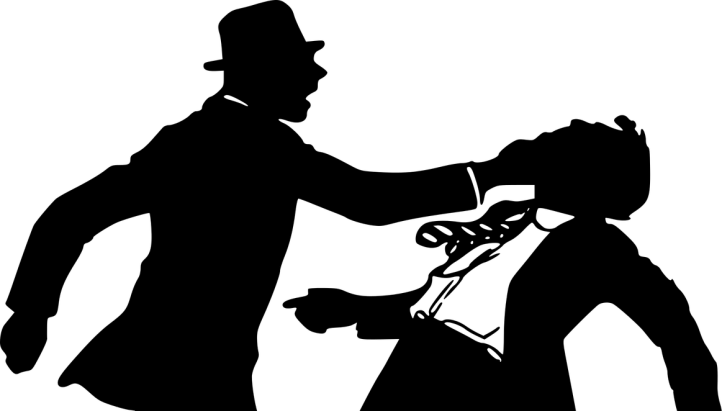 Indian men probably do not deserve any better treatment than they are getting today. This is because these men are treated the way they treat other men and hence set the expectation to be treated likewise.

This became evident when recently these three feminist videos were made –

When I first saw any of these videos I got agitated and wanted the entire teams behind these videos to undergo harshest possible punishment for daring to create them. The first video featuring some celebrities like Rajit Kapoor implanted an idea of chopping the genitals of male rapists. Basically, these men wanted to introduce a new crime in our society, the crime which is so far unforeseen in India.  Even though they have negated the same in a comic way towards the end of the video but the crime idea thus created by these celebrities will have far-reaching implications in India. Now any such life-threatening attack on men will be justified as rape attempt. Many common men supported the chopping off of male genitals.

If we check the comment section of this video we find many common men were apologizing and supporting the campaign. Not to mention that almost all women who commented on the thread supported the video, too.

Their mention of Bhailog while referring to other men commenting on the thread tells me that it was a man commenting. A man was behind the extremely male hating video. By demeaning men through this video he proved that he didn’t have any respect for himself or for his father, too. And there was a father who accepted the allegations made in “Rape Karo” video.

Men commenting on this video and hoping other men to get raped by men without realizing that there are many women, sexual predators, as well. #RapePublicDay video that made fun of rape, as well as men of being sexual predators, still got support from many men. One such obnoxious comment is seen below –

In another comment we find someone mocking other men who dared to talk about false cases.

Clearly, these men had no idea about how filing criminal complaints like rape have become a matter of taking revenge and how young lovers are accused of rape. This is precisely the reason I have opposed every feminist attempt to make 16 years as the legal age of having consensual sex. When feminists talk about having sex at the lower age I only see that as a conspiracy to entrap more boys in rape controversies. And since India has already opined for giving the death penalty to juvenile rapists too, such an attempt of having sex at lower age makes only the lives of men riskier.

In the latest two videos Rape Karo and RapePublicDay, we found that there were more men (I exclude MRAs in this list) who protested against the videos. We have also seen two independent videos made by common men protesting against these feminist videos too. Most of the men who protested in such videos were not MRAs, they were common men and that is what made many MRAs proud.  Yes, seeing that common men were becoming aware is a good sign for Indian MRM indeed.

But what none of these protesting men really did was demanding harshest possible punishment for all those who were behind making the videos. On the contrary, just imagine a video made demeaning women in a similar way, you will know how India would have reacted.

The only reason these highly misandric videos still exist on the web or no action taken against those who made them is that no man (except MRAs) was apologetic in their protests. Each of the videos was a hard-hitting slap on every Indian man, but the outrage was not enough to bring the video maker to book.

This attitude of Indian men to be apologetic even when they are not at fault makes the life of men and boys riskier every single day. Our boys are taught to be apologetic for anything that happens to women and this is precisely the reason women like Rohtak sisters get the audacity to beat innocent men freely in public. This apologetic nature of Indian men is behind women criminals like Rohtak sisters going unpunished even after failing a polygraph test. This clarifies again why Indian men probably do not deserve a better treatment. The men who are not even respectful to their own selves and to their fathers and want to blame men for everything can’t imagine others to treat them well. Anyone needs to respect oneself first to make others respect him.

That is why we find many men openly claiming to help women from crimes against women. No, helping victims are not bad, but what is bad is the inherent misandry each of these campaigns creates.

A 24-year-old kid claiming he had helped DV and rape victims. He showed a media article in his support too –

And in the end, he claimed that he wanted to make new things familiar and familiar things new. A clear demonstration of doing business around women empowerment–

All such bloggers who do not hesitate to exaggerate crimes against women in the name of helping them do not know the definition of such crimes or do not have any idea about how such cases have become tools to extort money. And I am talking only about male bloggers. Each one of them can influence thousands including other bloggers.

Men mostly young men who do not understand the legal nuances clearly are always up for such social work but all they do is create a situation where other men are viewed as criminals. They think if men are not insecure or they don’t commit such crimes they have nothing to worry.

WHAT THEY DON’T UNDERSTAND IS THAT OTHER MEN ARE ALSO THINKING OF THEM AS CRIMINALS.

When all men think that it is the OTHER men who are to be blamed and to be thrashed, they end up hating each other and a huge misandry is created. Today simply on a complaint any man becomes a criminal and other men become ready to thrash him. The same is not true to women and that is why no woman (exclude women MRAs) is yet ready to thrash Rohtak sisters. When women hesitate to punish criminal women they lose their identity of being humans.

Today, common Indian men do not get angry when women accuse them of being rapists, not at least the same way as they get angry for someone else being raped, when common Indian women (I exclude women MRAs) do not bother to hit at such videos demeaning men hard enough and both sexes are busy demeaning other men, Indian men lose their respect and do not deserve any better treatment than they show to other men.

Those videos were not just videos against men, those were spitting on every Indian man’s face, those were direct hard hitting slaps on men and if Indian men (except MRAs) didn’t get agitated enough to demand harsh punishment for those video makers, they themselves are part of the problem. This proves that Indian men actually do not respect themselves enough and there is no reason why others should respect them. Such men who do not have any respect for themselves should expect more such male hating videos until these make them wild enough to thrash the people daring to create such content.

1. What is misandry and how we all spread it