Will Killing A Baby After Its’ Birth Be A New Right For Women?

Feminism has shown many colors recently. Especially if we follow international feminism we will know how feminism is showing its evil features every day. Recently feminists have crossed all limits by demanding the right to kill their own babies.

As we see that panelists raise the question about the inhuman nature of the bill and definitely no father gets this right. (I am sure fathers won’t ask for this right as well). This kind of bill shows us that women can be more cruel than any men.

What is more shocking is that the proposers of this bill say that every civilized country should have this law passed. This strengthens my viewpoint that a bunch of criminals (they may be conspiracy theorists or beneficiaries of new world order) are on the prowl to control humanity. This bolsters the age-old conspiracy theory of limiting humanity to a certain number. The reason, these super power people want to control the entire human race and enjoy all global resources. For this purpose limiting the total number of people is very important for them so that they can control the human race easily.

Today, it is under the wrap of feminism, these kinds of rights are sought as mothers right and as a Men’s Rights Activist (MRA) I have every reason to believe that it is to limit the number of boys/men in the globe. Because feminists have already raised a voice in different feminist platforms that mothers should not breastfeed their sons or kill their male children because it is these male children who are going to oppress women in future.

Feminists have already started projecting all men as rapists and that includes HangTheRapist campaigners as well. The irony is these men are ignorant of such feminist agenda and they fight to kill their own selves under some feminist agenda. These idiots actually offer themselves to be treated like pigs by these feminist criminals. No wonder why feminist groups like Femen have the audacity to display the image of a nude girl holding chopped off testicles in one hand.

Recently some people devoid of any knowledge or understanding of rights asked Indian MRM to start fighting for Mother’s Rights. Little did they know that mothers’ rights can be so weird as to seeking right for killing their own baby under some psychological depression. I have no words to express my sorrow that still many human rights activists do not understand this dangerous propaganda of de-humanization under feminist banner. The earlier common people understand this cruel agenda the better it is for them, otherwise, the way India imitates US laws and feminists fight for those (like that happened for IRBM) very soon we will see these kinds of laws coming to India as well. 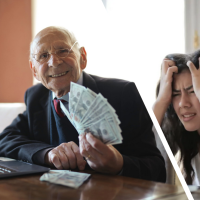