[WARNING! For matured audience only. If you are not above 18 years of age please leave this page]

Samajwadi Party (SP) supremo Mulayam Singh Yadav once created a controversy by commenting on false rape. That time SP election manifesto talked about checking false rape cases and after that hell broke loose. As their manifesto was against the popular political agenda of making new laws to prevent rape and trying out innovative ways to please women leftist goons soon started big drama on that subject.

In my quest to understand the secrets of human sexual pleasure, I have been studying ancient scripts and literature for some time to understand how sexual pleasure is derived. This was an effort to understand why in today’s over-hyped sexual environment and in increasing ‘rape culture’ (as the popular belief is created by the feminists) why couples are not having the epitome of sexual pleasure. The same men who are blamed for being rapists are also blamed for losing their sexual power. This phenomena of falling testosterone levels in men surely do not explain why the reported rape cases in India is increasing.

If Kamasutra has to be believed (and I have no reason to disbelieve the same) sex is supposed to be enjoyed by all five senses (and the sixth one too if you have one) coupled with your mind and soul. That is why in ancient India Kama (sex) was considered as divine, sacred and not something that needed to be a taboo. This is the reason we see sexual carvings on our ancient temples.

Read – Land of Kamasutra, but Lovemaking in Public is Prohibited, Why?

If I really go by Kamasutra way of defining sex and the ways to derive maximum pleasure out of sexual intercourse, I am sure most couples (and noncouples, too) will find that all the sex they had was rape. Oops, I am sorry to dishearten you. The elaborate mechanism of deriving maximum sexual pleasure as detailed in Vatsayana Kamasutra depicted so many factors for a successful sexual encounter or deriving orgasm, that it is almost impossible to fulfil. The Result – we may have more sex today but we don’t derive maximum pleasure out of them.

Kamasutra defines orgasm as the feeling when the Kalakundalini of both the partners gets aroused to the maximum level and they experience a heavenly pleasure. Kamasutra defines that our Kalakundalini remains sleeping at the bottom of our spinal cord. Successful sexual intercourse can awaken the same and if it gets aroused to the level of our brain, then we experience that heavenly pleasure of orgasm. This is a way to get Moksha as well. It is true for both men and women. So contrary to the popular belief that our genitals are the area to give us sexual pleasure, Kamasutra says it is only a starting point. For most of our sexual encounters, it is the endpoint as well. (that is why we don’t derive maximum pleasure out of our sexual intercourse). In the present-day situation when one-night stand and daily pickups are the order of the day, no matter how many times one has sex, one may not be able to experience orgasm ever in one’s life.

Modern scientists too agree that our brain is the organ that controls our sexual pleasure. It initiates and decodes the sexual scripts and tells us how good the sex was. At this point, I will tell you a true and interesting story –

One acupuncturist (I forgot his name, shown on a Discovery Channel documentary) in the USA was treating one of his female patients for her leg pain. His treatment process was to prick a needle at a particular pressure point in the vertebra and to send electrical waves through the nerves to the head to alleviate pain. By mistake, he pricked the needle at a wrong point and the lady was ecstatic in joy. She was craving for more. The doctor did not understand initially but later realized that he accidentally pricked a point in her spinal cord that connects the sexual organ with the head. The lady commented – “Can you please teach this to my husband?” Well, you know what does that mean. The doctor today treats patients with sexual dysfunction as well.

Awakening Kalakundalini is considered to be very difficult and one of the ways to do that is through sex. Ancient Indian sadhus have tried and succeeded too and some modern sadhus might have been caught in rape trap or MMS scandal though.

If we say that in sex where the awakening of the minds and soul did not happen that is considered as rape, then almost all sexual intercourses today will be termed as rape by either of the partners and our legal system will have to put most of the couples to jail. Well, let’s admit that awakening Kalakundalini to the highest level to experience an orgasm is NOT easy and that can’t be achieved by a common man and through routine sexual intercourse. Even worse if someone is trying to get orgasm with an unknown sexual partner like call-girls or prostitutes.

So to make life easy in legal terms, rape is considered as a sexual encounter without the consent of the woman. Well my MRA friends will immediately raise the question – Why only the woman and why not the man? But that is how our rape law is defined. I am saddened to inform my MRA friends that even Vatsayana said many things for men to follow to prepare the woman, to keep her happy, to pamper her in order to arouse her but he has hardly said anything for the woman to follow in terms of winning her man. Even though Vatsayana was not against the woman making the first move but in his description of the sexual process he has given the prominent role to the man.

When rape is defined based on consent and our rape law has encompassed many acts as ‘rape’, there is another growing concern of false rapes as well. Many Delhi courts have opined that with the change in rape law and the definition becoming broader, it became very difficult for the courts to tell the genuine rape cases from the fake ones.

At the outset let me clarify that this article is not an attempt to support or promote rape but to bring in the certain rational thinking behind the punishment of rape and the definition of rape. I am against any kind of media hype created on rape and also against police not investigating rape cases properly or delaying or safeguarding rapists. 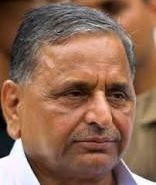 Now let’s come to what Mulayam Singhji has said in a rally in Moradabad. Even though most videos available on YouTube doesn’t bring in the full video but brings the clip of a portion of his speech, this video gives the complete speech of Mulayam what he said. Let’s take a close look and analyze what exactly said and how media interpreted and spread the same –

The main controversy that media has created is over the second part of his comment and made that look like he supported rapists as they have done a mistake and he wanted rapists to go scot free.

After the Nirbhaya incident, the whole of India is abuzz with the death penalty for rapists for no reason and made rape the biggest crime. When the Geneva convention spoke about abolishing the death penalty and awarding that only in rarest of rare cases, emotional Indians or paid Indian media has created a mindset that death penalty is the only punishment for rape. As if there is no other punishment exists.

International perspective in terms of punishment for rape is against the death penalty. This document from the justice center website tells you why? Mulayam has just done that. He has raised a valid question that Death Penalty is not permissible for rape but that does not mean he has supported rape or rapists. He has raised questions about false rape, raised his voice to punish false accusers and wanted to abolish the legal terrorism racket created by popular media and political parties.

What Mulayam deserved was not notice from Election Commission but our votes for calling a spade a spade. He spoke against the media hype of rape, he spoke against false rape, he spoke about how much punishment should be legitimate for rape – all these are very valid questions to be raised in present scenario, especially when 75% of our rape case turns out to be false, the international community too is against death penalty for a crime where the victim is alive. World’s leading nations have maximum 20-30 years of imprisonment for rape and not the death penalty. Let’s give a crime its due place and not an overhyped position so that the life of an ordinary citizen is jeopardized.