Indian Women Have No Responsibility In Their Families

So dear reader, did you start jumping simply reading the title? Not unexpected but I will request you to read this before you form your opinion on this matter.

In a recent debate when I said this obviously everyone around went against me as they considered this as chauvinistic view and I asked them to tell me one responsibility that Indian women have in their families.

The first reply was, women take care of entire household work. They cook, wash utensils, keep the house clean etc. Well, I said, what if a woman denies doing that? Everyone was sticking to the point that women take up these responsibilities even without asking them to do so, but no one had any answer to my question what if a woman denies doing the household work.

Will it be considered as domestic violence against the husband? Will the husband get monthly maintenance from his wife who does not want to take responsibilities? Answers to both the questions are big ‘NO’. Because men in India can’t even file a case of DV against his wife or any other woman he lives with. Rather asking for a woman to contribute in domestic work may be seen as domestic violence against the woman and the husband may be thrown out of his own house under the right to residence clause in our DV Act.

The responsibility of Household Work

So the first argument that Indian women have the responsibility for any household work is actually a myth and not true. If any woman is assuming this responsibility it is her wish. Tomorrow if she stops doing the same, the husband CAN NOT do anything but will still have to maintain that wife.

The second argument given to me was, women nurture children, take care of their education etc. I asked the same question, what if she denies doing the same from tomorrow? Will this be considered as cruelty? Will this be domestic violence against the man? Will the man get maintenance from the wife? What is the remedy the husband gets? No one had an answer to that as well. Well, it is at the discretion of courts to consider this as cruelty but NOWHERE in family laws, it is mentioned as cruelty by the wife.

On raising the child issue, I have asked the second question. What if, the wife decides to carry someone else’s child? What if she decides NOT to leave the husband but continue as a parasite and raise her illicit child with the man she is married to? People said it never happens, but they still didn’t have any remedy to this issue? Someone said, ok husband will get a divorce under adultery ground. But what happens in adultery cases, especially when the husband files the same?

This is what happens –

Husband files divorce under adultery, wife files a DV case and throw the husband out of his OWN house under ‘Right to Residence’ clause in DV ACT. Husband stays in PG or rented house or hostel and keeps fighting the battle while he pays the maintenance to the adulterous wife until his charges are proven. Even if the wife works and earns money husband is asked to pay maintenance to both the wife and the illicit child. This is because any complaint against a woman challenging the chastity of the woman is considered the BIGGEST cruelty by Indian legal system and if the husband goes to higher courts for a remedy court only increase the maintenance amount as going to a higher court challenging the lower court order is considered even bigger cruelty by the husband. If the husband stops payment of maintenance even for one month, it is considered as violating the court’s order and the husband can go to jail for that.

When husband files the divorce and continues to fight his legal battle by living a life of a poor while the wife enjoys all freebies given by her husband, brainwashes the child against the husband, the system consisting of police officers, women NGOs, society and lawyers pester the husband for mutual settlement with money. So for the husband, it becomes either he pays a one-time settlement fee to a whore (a cut of the money goes to the lawyers and system designed to rob them, too) and the child to continue his peaceful life. Many choose this easier route of a peaceful life by paying and thinking that the next girl may be the ideal girl, but in reality, something else happens.

Wife files another case of 498a to send the entire husband’s family to jail. Recently rape, molestation, goonda act and several other cases are also gaining ground. So if the husband does not agree to pay up in the initial negotiation phase and succumb to the legal terrorism racket he is threatened to be sent to jail to extort the money.

If he still fights, he may lose his job as the wife side informs his employer and many a times police goes to his office to arrest him. Now the man loses his job, reputation and literally comes to the street for mistakenly marrying a whore.

If this is not enough then the wife files another case under HMA 24 for maintenance against the husband. This completes the circle as a jobless husband need to now maintain as an adulterous wife, one illicit child, minimum four cases (498a, DV, Divorce and maintenance if not rape etc.) and come to a state of begging.

Adultery and Responsibility of A Wife

One of my friends argued that in all species in the world it is the female species that choose the mating partner so adultery by women should not be considered a crime at all. If we agree to this then an adulterous wife needs to be punished first, simply on husband’s complaint as it is SHE who has chosen a wrong partner in the beginning. If the same reasoning is accepted then it is the woman who needs to pay maintenance to a man under any circumstances because it is the female who has chosen the wrong partner in the first place. However, it is the other way round today.

There is another aspect to it, no court can declare a child illegitimate, so courts in India will NOT give DNA test order that easily and they can give this order only if it is in favour of the child. So even if a husband finds his wife having sex with another guy cannot get justice unless a court in India thinks he needs justice.

Even if we consider a woman is really faithful to her husband, and raise his child as may be happening in most of the families (we still do not know, without DNA test being mandatory at childbirth), then any requirement of keeping an 24X7 ayaa to take care of the child (happens in many families) should also go to the wife and not to the husband. But in reality, who takes up this responsibility? It is always the husband. So it is actually the husband’s responsibility to nurture a child and not that of wife’s.

Now some of my feminist friends argued that it is only the women who can carry your child. So it becomes a husband’s responsibility to maintain her. Well, let’s consider that the wife is faithful, carries the husband’s child but what happens if after the childbirth there is a divorce. If we say that it is the husband’s child then shouldn’t the child go to the father automatically, but in reality, we see the child goes to the mother instead. Now I was told that it is in the best interest of the child, the child goes to the mother. Well, then how can we say the woman carried the husband’s child? In fact, it is her own child she carried and the man just helped her carry the child by donating sperm. Then why is the man asked to pay maintenance to the woman or the child? If he is not given respect as a father, how can the legal system consider the man as a sperm donor and a paycheck only?

After the two main responsibilities of the women are proved not to be their responsibility, in reality, someone said some women earn money and contribute to the family too. But again earning money and contributing to the family is not a woman’s responsibility defined anywhere in the law. It is domestic violence and may be considered as dowry for the husband. Whereas if the husband does not earn and gives money to his wife that is considered as domestic violence against the wife and husband faces the wrath of the judiciary for that.

Then came the last argument. Men can enjoy sex with their wife. But who says a wife is legally bound to have sex with her legally wedded husband. She can still deny that under ‘My body my choice’…well there are some judgments that say it is cruelty by wife and granted divorce to the husband but the husband needs to prove that through a painful legal process in the court of law. And still, the wife gets maintenance from the husband.

Respecting Women And My Mother

When no one could match the reasoning, they said: “didn’t your mother raise you or take other responsibilities?” Yes she did, she has taken all responsibilities in her family and hence she owns everything our family has today but that does not mean every other woman is taking up all the responsibilities like my mother did. We can not think of Sunney Leone and Sarada Ma as same. If we give the same respect to both then I should get the same respect as Raja Ram Mohan Roy got because both of us are social workers, or even worse I should get the same level of respect that Kaviguru Rabindranath Tagore because we both are writers. How funny is that??

So we have seen that none of the responsibilities that we think as women’s responsibility is actually their responsibility. And with practically no responsibility defined for the married women they are given property share in husband’s property in Marriage Law Amendment or IRBM. How dangerous proposition is that? 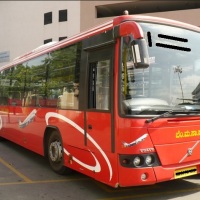