This Is Why Women Interns Are Rejected In Courts

In 2019, after the Chief Justice of India was accused of sexually assaulting a woman intern early in his career as a judge rocked the nation, many Supreme Court judges decided against taking any female interns (SC didn’t bother about such restriction in Sabarimala Ayyappa temple though) and wanted to take only male interns. However, as 60% interns were females, it was not possible for the CJI to allow all male interns but the judges came together to find a way out to protect future judges from such frivolous cases – 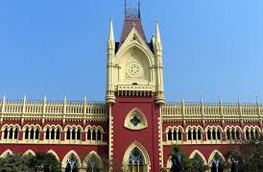 The news that Kolkata HC judges were refusing to take female interns rocked Indian judiciary in 2013-14, just one year after the Nirbhaya incident that helped frame these biased laws.
Some of those Kolkata judges have in fact written a letter stating that unless cameras were installed in their chambers they were not going to accept any female interns. There were protests from the law students against this decision saying – “judges themselves are violating fundamental rights of the individuals that the judges themselves are supposed to uphold”.

The law curriculum even today demands that each student be familiar with the modalities of the profession by working under a senior advocate or a judge. Under the current situation, however, the female students are deprived of this training simply because men sitting in the highest chairs are afraid of the country’s gender biased laws that can ruin anyone and everyone.

In the Kolkata case, the law intern who accused Justice Ganguly of harassment was blamed (yes, victim blaming happens when a feminist is accused). Advocates reasoned that she should have raised a complaint with police instead of writing a blog about her harassment that eventually became viral and justice Ganguly had to suffer.

Another woman lawyer opined that this situation of fear and lack of mutual trust will go away once the media glare goes away from such crimes.

This case of judges refusing to take female interns is a blatant outcome of our gender biased laws that does not punish the false accusers. So far the sufferings of innocent common men were kept under wraps as none of those common men was powerful enough to be heard in national forums. So those men have suffered legal atrocities silently. However, we see the opposite happening when a judge is accused.

In the 2019 CJI case, the woman was screwed by other criminal complaints (filed by someone else, but that’s how judges can exert power) and the woman was arrested in no time. Also, the Supreme court has set up a committee to investigate into the matter besides ordering a CBI inquiry (no, the Genpact AVP Swaroop Raj’s family didn’t get such privilege, so he had to commit suicide).

There is a culture developed by feminists that anyone speaking against false cases or punishment of women for leveling false accusations is termed as a chauvinist or misogynist. However, the truth can never be suppressed for long and it is out today. If High Court and Supreme Court judges are afraid of this situation, how will common men feel safe in India? The mainstream media, however, continues to project Indian women as oppressed.

A careful analysis of this situation tells us that making separate provisions for Çrimes Against Women is the root cause why such crimes are always aggravated. Every political party wants to gain attention through projecting crimes against women and the failure of the ruling political party providing safety to the ‘physically weak’ gender. The only reason crime against children has never got so much attention is because children are not vote-banks like women.

Now a section of the population that support these gender-biased legislation also demand special protection for them. For instance, in Kolkata case, an advocate who blamed the law intern for writing a blog on Justice Ganguly, conveniently forgot that when common men were accused, they were conveniently slaughtered by media and judiciary without giving them a patient hearing. In the CJI Ranjan Gogoi case, the Supreme Court has taken unprecedented steps to curb such complaints against judges.

This situation not only tells us the danger of not punishing the false accusers but also alarms common Indian men that no matter how tough the law is, some section of the society (like judges) will always get special treatment, while the common men continues to suffer.

Therefore, it is important that we understand the danger of this situation at the earliest and take punitive measures for all false complainants. For that, we need strong and effective implementation of legal provisions and appropriate police reforms. That will not only ensure justice for the real victims but will create mutual trust between the two genders. That will ensure true women empowerment and men will no more feel insecure.