This Is All You Need To Know About Shared Parenting

Children! The greatest assets of our lives and most of the time they are our lives. But what happens when the parents undergo separation/divorce. One parent (mostly the father) lose the child for good. Some of them may get visitation rights for two hours every week but that only increases their pain for not having their children with them.

This is the reason why some parents in India have started a movement under the umbrella organization Child Rights Initiative for Shared Parenting (CRISP, www.crisp-india.org). They demand equal access to both the parents by their children.

Speaking of this movement, Mr Shah Ali Ahmed of Hyderabad clarifies the reason for its formation. He says – “Even if the father pays child maintenance regularly he doesn’t get visitation rights easily. On the other hand, if he ever misses paying the maintenance for any reason non-bailable arrest warrant (NBW) is issued against him. So CRISP was set up to demand shared parenting/co-parenting for the child.”

Speaking on this, Mr Rajesh Kalyanraman of Bangalore says, “On paper father is the natural guardian of a child, however, in reality, the custody goes to the mother. We are here from 2009 to bridge this gap.” He added, “Only when it is proved beyond a reasonable doubt that the father is not capable of maintaining the child, the child should go to the mother.”

“Child should have equal access to both the parents”

Shah Ali also has the same opinion. He says – “Single parenting is child abuse. The child misses the non-custodial parent.”

Explaining the concept of co-parenting in practicality, Rajesh says, “Mainly children between ages 5-15 yrs spend a long time in school. On weekends and holidays, they can come to the noncustodial parent and stay with him so that in the long run children are not deprived of any parent.”

He added, “when these cases run, the custodial parent (mostly the mother) uses the child as a pawn to blackmail the father and in this process, the child is abused emotionally and physically.”

“Another problem starts when the father gives up his fight for visitation / shared parenting / co-parenting rights. The child thinks that the father is not interested and gets completely alienated from him and abused further by the mother” – Rajesh added.

This movement asks the fathers to fight for their rights and there are many success stories as well. Today, thanks to this movement fathers are getting custody of even girls aged less than five years.

Explaining their success stories in Hyderabad, Shah Ali says – “We found that children coming to the courts during these long-drawn battles need to be taken care of in the court premises, so we are trying for separate children play area/hall in the family court complex, so that –

a. Children can enjoy themselves while they wait for their call and

b. Fathers can interact freely with those children.

The Hyderabad team has already given a memorandum to Chief Session Judge of City Civil Court (where two family courts are involved) and Justice Shri Sitarama Murthy Garu has already assured them of dedicating one such hall for this noble cause.

Shah further added that during Children Day Celebration this year, Justice Shri Chandraiah Garu who was the chief guest of the occasion spoke about the importance of a father in the development of a child. He said – “Children need both parents, the mother provides love and care to the child, while the father provides much-needed security.” Justice Chandraiah Garu also expressed his concern over spoiling the child – father relation by some mothers.

CRISP as an NGO for fathers and children’s rights in India not only provide free counselling to the fathers but also represent this cause in all possible forums including parliament and also organize events in different cities to create awareness.

Explaining the importance of shared parenting in ensuring child rights and family welfare, Mr Kumar V Jahgirdar the founder president of CRISP brings attention to the likelihood of increased crimes in a fatherless society. He brings the attention to statistics found in the USA that says, Children from fatherless homes are –

Hope this concept of shared parenting/co-parenting catches up with everyone in India and our legal system upholds fathers’as well as child rights through the same. 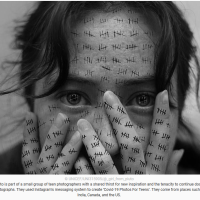