The Unparalleled Birthday Treat That I Can Never Forget

What a birthday treat this year!

The treat was unexpected, uncalled for, unthinkable and of course, the most terrible one I have got on any of my birthdays.

Women always have a complaint that men forget their (women’s) birthdays very easily. My problem is, I forget my birthday too, not to mention about others’.

I remember that in one of my previous birthdays one of my friends (girl) gave me the biggest surprise. She has given me a gift, I was surprised didn’t know the reason the gift was given. So I asked her – What for is this gift? What is so special today?

She said – ‘Happy Birthday!’ in reply.

I was spellbound. I didn’t have any response to that. That was the best birthday of my life. Even I didn’t remember my birthday, but she remembered and I still wonder how?

This year’s b’day was also made special by two women. A BIG uncalled for a surprise for me.

Last night, I went to bed around 1am at night, my usual time. I was fast asleep when around 3:30 am I woke up hearing a hue and cry. Voice of two women was heard clearly. I tried to understand where it was coming but was not very sure. So went out. I thought the noise was coming from a floor above my flat, I went there but could not find anything.

Thinking it was my mistake, I came back to my flat and heard those voices even louder. This time with the sound of banging doors, falling utensils etc. No man’s voice was heard, only two women were fighting out for something.

It took me nearly 15/20 minutes to understand where the noise was coming. It was from one floor below me. I was not even sure who lives there. In modern-day flat life, who bothers the people next door, especially when you don’t even know their language.

But my decision to pay a deaf ear to them was not successful. The tension was increasing every moment, added to frequent cries, thrashing, banging of doors.and I was surprised why the hell there was no male voice?

Whenever I wanted to go to bed, I woke up with a thud from downstairs or scream by one of the women. I stood up, went outside tried to understand the reason but I don’t understand their language. Hence I was helpless.

I thought of calling up police at night as I suspected that one of them would have killed the other. But the last thing any happily single man like me would want is unnecessary controversy relating to women in this unknown city. So I decided to keep mum.

My night was spent like that. Whole night. hearing two women fight, scream, throw utensils, breaking things, banging doors and surprisingly no one else in the building was awake.

The drama continued until some time ago. I didn’t know what to do so opened my laptop to login to FB. I saw some automated app congratulating me on my birthday…I realized…it is 13th August of 2013 my birthday. So this day ought to be special like this. 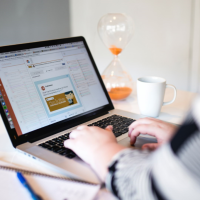