At the outset, I would like to bring to your kind attention the several already existing gender biased provisions in India – Gender Biased Laws and dangers to the society

Kindly note, that these gender biased provisions are taking India backward and if UNDP HDI is any indicator, then we are constantly slipping in terms of human development in the country. It is worrisome to note that after the setting up of National Commission for Women (NCW) in 1990 India has gone down at a rapid rate on two important parameters on growth, i.e. Education and Employment.

In terms of education, we find that between 1970 to 1985 literacy rate has increased from 47% to 57% (or 21%) for men and from 20% to 29% (or 45%) for women respectively. However, between 1985 to 2013 the same rate is decreased to 50% for men (~14% decrease) and up to 26.6% for women (~7% decrease). This is alarming in the sense that 80% of our workforce constitute men today and with a decrease in the spread of secondary education among men and women Indian workforce becoming increasingly noncompetitive in the global market.

Also please note, women in India are not encouraged by the govt. to participate in the labor force thus “women participation in the workforce” stays merely at 29% in 2012.

This statistics is alarming keeping in view that our focus has always been empowering only women and never the men. In order to achieve the same, we have tried to suppress the needs of men. As a result, we find reservations sought for women in different jobs and in educational institutions (like IITs, IIMs, AIIMS) of national and international importance. This makes the life of men in India extremely difficult as there is no commission for men to take care of prevailing atrocities against men. As a result, we find the number of male suicides in India growing exponentially over the last twenty years compared to that of women suicide.

The focus of NCW had been only to create gender biased laws in the name of empowerment, they have completely ignored the fact of male suicide and male deprivation in that process. As a result, we have seen skyrocketing suicide rate of men in the country. So the need of the hour is to have a commission for men’s welfare in the country and also to have one ministry for men’s welfare, too.

This analysis shows that the marriage law amendment as proposed will not only be counterproductive but will drive men in the country to commit more suicide and in a way stop all marriages in India.

This is a request to the Hon’ble Supreme Court of India and also to the Hon’ble ministers in GOM to look into the aspect of the constitutional validity of all such laws (existing and laws in the making) and make all laws gender neutral and include strict punishment for false complaints. 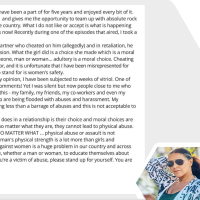 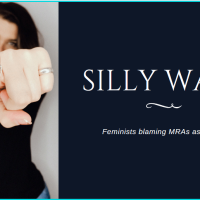