[This article is based on the initial draft of the bill]

This morning India woke up to a devastating news, probably the most devastating and depressing news than the 2012 Delhi incident. This is because the new Marriage Law Amendment Bill 2010 is accepted by the cabinet committee. This proposal to change our marriage laws makes every Indian family vulnerable to extortion and misfortune. This amendment states that on divorce any wife will get a share in her husband’s property – not only the property that is acquired after marriage but the property that is acquired before marriage including the inherited or shared one.

It is unfortunate for India that the nation had to accept all man-hating laws in the name of women empowerment for years. This new section of marriage law amendment is set to make divorces easy so that the couples don’t have to take court rounds for divorce. But at the face value even though it looks like a good initiative, reading the provisions of this act will make it clear that it is extremely sexist and male hating law.

Under this proposed act all Indian marriages done through Hindu Marriage Act or Special Marriage Act comes under its purview if it becomes a law. All it needs is a petition from either party in marriage for irretrievable breakdown of a marriage. A separation of three years between the couple is needed to enforce such a decree.

If a husband files a divorce under this act, the proposed act empowers the wife to oppose divorce at any time on the grave financial ground. Unless 50% of husband’s property (including inherited or shared property, property in the joint name) is given to the wife, the husband will not get a divorce.

The wife’s behavior in the marriage is not considered. No matter how cruel the wife had been, how many relations did she have, no matter what was her conduct in the marriage, how much property did she or her parents have or no matter how poor the husband is, the wife will still get a share in husband’s property. On the contrary, the husband will not get any share of the wife’s property no matter how wealthy she is. This is extremely biased legislation that will completely work against any man marrying under either Hindu Marriage Act or Special Marriage Act.

On the contrary, the husband is not empowered to oppose the divorce filed by the wife under this. So any wife can file for divorce at any point in time and get away with husband’s property. We already see how even educated, adulterous and working women get maintenance today; tomorrow they will get 50% of husband’s property, too.

What is even more dangerous is that if the husband has dependent parents and their ancestral property and somehow he got into a bad girl or a bad marriage, he will end up giving away his property to that girl for no fault of his. Unless this proposed legislation wants to make marriage a crime for Indian men and the divorce under IrBM is the price he pays for that crime.

The new amendment also clearly proposes that if the property is in joint name and can’t be divided then the husband will have to pay money in lieu of the property.

If we look at the similar laws in other countries we will know in all countries such property division is only on property acquired after marriage and where both the partners have equal contribution. No gifts etc included in consideration of property calculation before dividing them. But only in India, there is no mention of wife’s contribution. There is no mention of tenure of marriage which is another important parameter in property division in all developed countries. So now a wife can get husband’s property even for a few days of marriage. She can deny the husband any conjugal rights, have no moral standards, stay in her parents’ house and still gets heavily compensated for divorce.

Over the years different men’s rights groups are demanding gender-neutral laws and gender justice for men. But we have seen how the crime against women is always highlighted and made only burning issue in India. “Men’s suicide” which is a far bigger issue than rape in India has never caught any attention. We have seen how men in India were proactive in giving women more rights and more safety. But nothing was enough for women groups. They kept on claiming more rights no matter HOW MUCH they have got. We have never seen people raising their voice against atrocities against men in the country barring only a few men’s rights groups.

This legislation will make sure that our divorce rate increases, more men commit suicide or commit murder of their wives. So far our divorces used to be peaceful and in some cases quick too (Mutual consent (MCD)). But now India will see a different era altogether. When women are given 50% share in husband’s property why should anyone agree to MCD? No matter what is the conduct of the wife had been, the husband pays up heavily for their marriage for no fault of his.

India has already seen degrading moral values where more and more people are getting into multiple sexual relations. Adultery has become very common in India. With this kind of biased legislation in place, men in India will surely stop all marriages.

Now live – in relation may seem to be the only alternative to this but in those relations as well women do not have any set responsibility or conduct. Women still get maintenance from their live-in boyfriends under domestic violence act. Their children get maintenance from him. Also, any such relation going sour will invite rape charges against the man. Punishment for rape is even more stringent today.

So, all forms of peaceful relations are denied for Indian men today. They are either forced to commit a crime or commit suicide for no fault of theirs. Parents in India who has boys will see how their dreams turning into a nightmare as the day passes. No matter what education one gives to one’s son, he will never get respect from society because – for so many years we have only projected ‘Respect Women’ theory as if men in the country need no respect. As a result, we get this kind of legislation for raping men legally and financially.

Today the number of husbands who commit suicide every year compared to married women is double due to already existing biased laws. Unfortunately, no one including men in this country recognizes this issue. Leading women leaders openly proclaim these suicides as merely ‘farmer suicide’. In a country where a crime is not even recognized as a crime because of no coverage from mainstream media, how can any man expect justice?

As a nation, if we don’t protest against these atrocities in all forums, if we don’t come forward to make such laws gender neutral, we will only see screwed up relations and increasing suicide among men. Thus if implemented in this form, Marriage Law Amendment will lead to enormous frustration, increased drug abuse, increased male and female prostitution, extortion in the name of sex, increased violent crimes and a situation of social anarchy. This is sure to act as a death warrant for this country.

If you think this article was a useful read for you, please share this with others and spread this knowledge. You may also want to check my other articles as all of them are equally interesting. If you are outrageous and think this is biased then still you share with others to have a healthy discussion on this topic. My blog is open to the feminists to share their free opinion as well.

are solely responsible for your fate 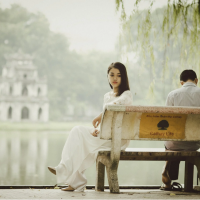